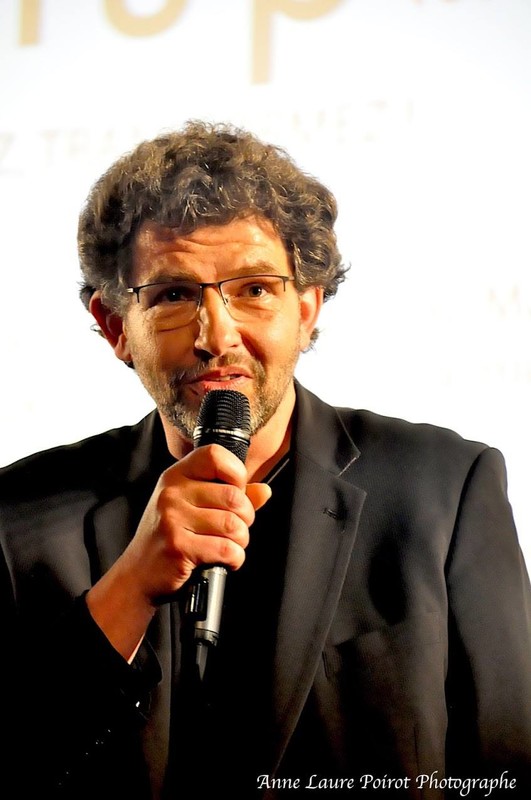 Who is Fabrice Mathieu ?

Passionate about cinema, Fabrice Mathieu started studying at the French Film school ESRA while making his first short films in Super 8 and video. From his initial encounters a new group was born “Mauvaises Graines (Bad Seeds)” composed of actors, directors and musicians. Together they created pastiches based on commercials, trailers, television and movies of the 90s while working on different concepts of programming content for the small screen. He later co-directed the short film Reality Toon “Dr Kill & Mr Chance”.

He has been sharing his love of movie soundtracks on the airwaves for over ten years on the Vallee FM radio show “7eme Symphonie”. Following the tender of Matthieu Kassovitz for his film “Babylon AD”, he directed “Eau de Mars (Water on Mars)”, a futuristic commercial selected and integrated into the movie. Increasingly attracted by imagination, he wrote his first feature film script called “Dans l’Ombre (In the Shadow)”, a film noir with shadows. He directed a short film to promote this project. Then he met the artist Marc Giai-Miniet and discovered his art through Philippe Giai-Miniet, actor and nephew of the painter. Both attracted by the universe of the plastic artist, they wrote the short film “Mémoires Vives (Memorium)” which tells the journey of a deceased in the afterlife.

He directed “Master of Suspense” starring Alfred Hitchcock as a killer, “Darth by Darthwest”, a close encounter of the third kind for Cary Grant chased by a TIE fighter, “Raiders of the Lost Darth” with a new hero Indy Solo, “Cheese Trouble”, where Wallace and Gromit have problems with Minions, “MIB: Men in Blues” where the Blues Brothers are the new MIB, “HZ: Hollywood Zombies” a meteor strikes Hollywood and the movie stars become zombies.

Then, “Far Alamo” (Vimeo Staff Pick), in which stars of western fight against giant arachnids, “TS: Terminators” with a lot of Schwarzy who fight each other, “Moon shining” a mockumentary about Kubrick on the set of Apollo 11, The episode 2 of “Darth by Darthwest” with Cary Grant in the Millenium Falcon, “The End” (Vimeo Staff Pick) made with 600 movies gifs, “TS2: Terminators 2 primary targets” with the return of Sarah and John Connor.

In 2022, Fabrice Mathieu made a new version remastered in HD of his short film and feature project “Dans l’ombre” (“In the shadow”).